The Harp of the Spirit: Poems of Saint Ephrem the Syrian – translated by Sebastian Brock 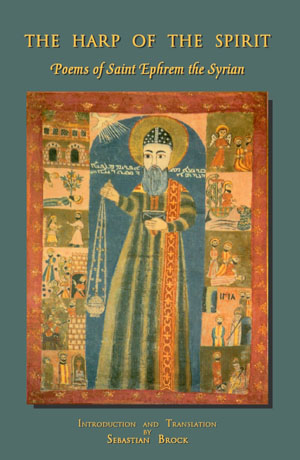 THE HARP OF THE SPIRIT: POEMS OF ST EPHREM THE SYRIAN is the lead title in a new series on matters of major importance to the Orthodox Christian faith, published by the Institute for Orthodox Christian Studies, Cambridge, under the imprint of Aquila/IOCS. St Ephrem the Syrian, who died in AD 373 in Edessa (modern-day Sanliurfa, south-eastern Turkey) in AD 373, has been judged comparable to Dante in stature as a religious poet and to the English Metaphysical poets for intellectual wit and paradox. His own brand of humane and humorous exposition of the mysteries of Christian doctrine is little-known in the West, yet remains a prime example for any modern Christian teacher of how to make the faith intelligible and attractive. This newly augmented collection of translations into English is by the world-renowned scholar of Syriac, Dr Sebastian Brock, formerly Reader at the Oriental Institute of the University of Oxford. The elegant precision of his versions captures the beauty and charm of the originals, which were intended to be sung by a congregation to popular melodies, with refrains. One poem added to this newly expanded collection demonstrates the unique quality of St Ephrem in expounding central doctrines of the faith. In it he compares the action of God becoming incarnated in the Man Jesus to a parrot-trainer who encourages a parrot to talk like a human by placing a mirror in its cage so it can see another parrot apparently speaking and thus learn to imitate it. God became Man so that human beings might learn to relate to Him as one of themselves and by imitation be lifted up to a divine plane of being. THE HARP OF THE SPIRIT is a delightful gift by which to mark an important occasion and a valuable present to any preacher seeking to refresh his or her addresses by a fresh infusion of the Spirit! 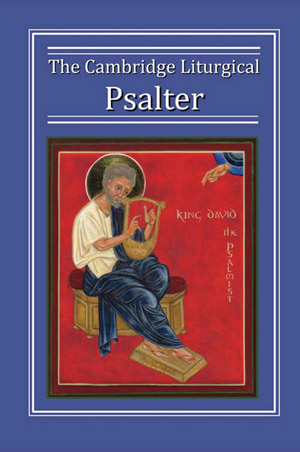 First published in 1976, The Cambridge Liturgical Psalter is a modern English-language version prepared for public and private worship by a panel of eight Hebrew specialists drawn from various Christian traditions, working over a period of six years and in collaboration with a single literary scholar who was conversant with the long tradition of translations into English of this ancient Biblical text. Excerpted in a Penguin classic, The Psalms in English (1996), as one of only two versions chosen to represent the twentieth Century, it went into six national prayer books, was bound up as The Liturgical Psalter in An Alternative Service Book 1980, and was authorised for use in various Churches world-wide. It remains a version licensed for use in the Church of England. The Cambridge Liturgical Psalter represents the best modern understanding of what is on occasions a very difficult Hebrew text. Recognized by Jews and Christians as a reliable translation, it is here published for the first time with Notes prepared by the Secretary of the original Hebrew panel to explain the reasoning behind their decisions. ‘A masterly production’ : JOHN CROOK, Professor of Ancient History, University of Cambridge. ‘This is the version we should henceforth teach our children’ : GORDON WAKEFIELD, Moderator of the United Reformed Church. 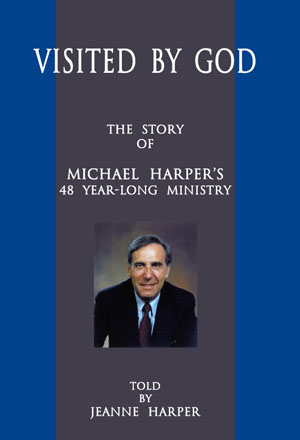 The first edition of this account of a churchman of major influence in the twentieth and twenty-first century was greeted by a fanfare of tributes from churchman of major Christian denominations whose lives and work Father Michael Harper had touched. The former Archbishop of Canterbury, Dr Rowan Williams, writes that ‘I remember Michael most of all as a personal friend of years. He was a man who witnessed in the most direct and convincing way to the great truths that hold all believers together’. This capacity to bring the scattered denominations together was manifest in Michael Harper’s ability to cross boundaries in his early career when he championed the nascent Pentecostal movement, first in the Anglican Church, then world-wide. As editor of Renewal, he brought sanity and sobriety to what was a truly New Testament re-discovery of the still-available gifts of the Spirit; through his work at the Fountain Trust and later as Chairman of SOMA he was immensely influential in the field of Christian mission. Charles Whitehead, Chairman of Catholic Charismatic Renewal writes of ‘Michael’s enduring influence on Renewal and ecumenism in every part of the world-wide Church’. His capacity to span what might have appeared to be great gulfs was illustrated by his late journey from being a life-long Anglican minister to being a priest of the Orthodox Church and founding Dean of the British Antiochian Orthodox community. He kept old friends and found new ones: the distinguished Orthodox Bishop Metropolitan Kallistos Ware writes that the book ‘brought to my mind moving memories of a dear friend . . . it is a most attractive and vivid account of Father Michael’s many-sided ministry’. The senior Orthodox hierarch in Great Britain, Archbishop Gregorios of Thyateira and Great Britain, congratulated Father Michael’s devoted and self-effacing wife and biographer on chronicling ‘ in an extraordinarily detailed way your late husband’s involvement with the Charismatic Movement . . . You have created a lasting historic record of these activities and of the many people throughout the world associated with them.’ This book, written with first-hand knowledge and love, but also with honesty and a ‘warts and all’ approach, is a major contribution to the history of one of the most formative periods of the world-wide Church. But it serves most to demonstrate that return to the early Church and its ways of thinking and believing was not just an exercise in nostalgia but an essential re-vitalizing: as much a challenge to the thought-patterns of the twentieth-first century as when the Gospel was first proclaimed.

Divine Essence and Divine Energies. Ecumenical Reflections on the Presence of God in Eastern Orthodoxy 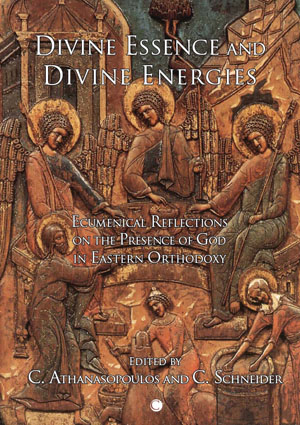 For many contemporary Orthodox theologians the distinction between divine energy and divine essence belongs to the very core of the Orthodox tradition and has no equivalent in the West. This position has been restated and developed by Prof David Bradshaw in his crucial publication Aristotle East and West: Metaphysics and the Division of Christendom (Cambridge: CUP, 2004). Yet the views expressed in this book have not remained uncontested. The present volume takes Bradshawâ€™s work as the starting point for an ecumenical debate about this doctrine. Leading Anglican, Calvinist and Roman Catholic, as well as Orthodox, theologians are given the opportunity to critically assess the nature and significance of this doctrine from a historical, theological and philosophical perspective.

The authors contributing to this volume present very different and often mutually incompatible narratives, but all of them try to answer some of the following questions: In what way were the Aristotelian concepts of ousia and energeia used by the Church Fathers and how are they related to the Christological and Trinitarian doctrines? What theological function does the essence-energy distinction fulfil in Eastern Orthodoxy? Is it possible to identify different notions of divine presence and participation in the Cappadocians, Dionysius the Areopagite, Maximus the Confessor and Gregory Palamas? What is the relationship between the essence-energy distinction and the Western ideas of divine presence in Augustine, Thomas Aquinas, Duns Scotus, Martin Luther, John Calvin and Karl Barth? How is this doctrine related to Kantian and post-Kantian thought?

This collection of essays originated from a colloquium organised by the Institute for Orthodox Christian Studies (Cambridge, UK). However, the number of papers and the scope of the questions discussed in Divine Essence and Divine Energies by far exceed the original conference programme.